Blue is the most popular color on the internet

It’s blue? Paul Hebert  was curious to find what colors were being used by large, popular sites, so He decided to find out.

Alexa.com maintains a list of the most visited sites on the internet. He wrote a PHP script to scrape the ten most popular sites and record all the colors used in the sites’ home pages and style sheets.

The most popular color is blue. The web is very blue. Not metaphorically, either. The Internet’s most heavily trafficked websites are literally colored with nearly twice as many shades of blue as shades of yellow and red, and three times as much green. 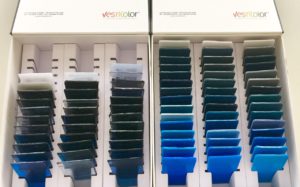 It’s well-known that Facebook uses a lot of blue in its design. But it also uses a surprising range of other colors—almost three times as many as Google, Wikipedia, and Baidu. Amazon, on the other hand, hardly incorporates blue in its design at all, relying instead on a broad spectrum of warmer tones. As for Yahoo, well, it’s palette is practically kaleidoscopic.

Do you know that Vesticolor is able to produce a blue color for your plastics form blue sky to dark blue ocean?

Hebert hopes to expand his analysis to include the 100—or even 1,000—most-visited web pages. “This site is meant to be a living document that I plan to update regularly,” he says. Also in the works: country-specific lists. “Once I have the data I hope to use it to answer some deep questions I have about color and design,” he says. “Like, whether this is an intrinsic aspect of human nature, or whether it varies across cultures and time.”

You’re welcome in Vesticolr to find out all blue we created!